84th Birthday of His Holiness the Dalai Lama

You are here: Home / Good News To Go / 84th Birthday of His Holiness the Dalai Lama

84th Birthday of His Holiness the Dalai Lama

The Event is not a fundraiser but rather a gathering of compassionate people in celebration of the lifework of His Holiness worldwide. This elegant event is a platform for all who respect the Dalai Lama. We gather and send together the energy of compassion to the world. Our vision is to unite all those who support His Holiness in a display of Love and Harmony, uplifting of Humanity. His Holiness will not be in attendance.

The event will cost only $180 per person, which is heavily subsidized.
You will be listed as a Sponsor if you reserve a table of 10.
Black tie optional, Native costume preferred.

Please join with friends this year, reserve your seats today – for this joyous celebration. Help send our great Ki and Gratitude to the world together with His Holiness the Dalai Lama. See you on July 9th with your friends! Please call or email any of us below for reservation.
Please call (212-799-9711) for reservation with your credit card info.

You can watch part of last two year’s event here: 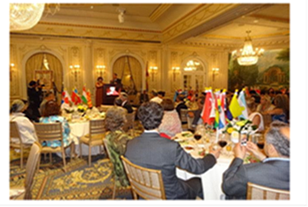 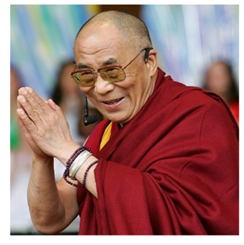 With Gratitude and compassion,

Events, Faith April 24, 2019
NYC: 60 Years Ago, Dalai Lama Crossed
Mountains, Cultures to West
DALAI LAMA JULY GATHERING SET TO SELL OUT AT ESSEX HOUSE NYC
New York, N.Y. “In 1959 — sixty years ago this year — His Holiness the Dalai Lama crossed the snow-covered Himalayan Mountains from Tibet into India to escape Chinese Communist persecution,” states Dr. Kazuko Tatsumura-Hillyer, founder of Gaia Holistic Foundation.
“No one really knew of Tibet or His Holiness at that time. This year, we celebrate his escape, his birthday – and his legacy of building world peace through harmony on the evening of July 9 at J.W. Marriott Essex House here in New York City,” she adds.
“If you want to attend this important event, you had better get tickets now,” states Jim Luce, co-host of His Holiness the Dalai Lama’s 84th birthday interfaith celebration. “This is the fifth year we have celebrated His message of peace and compassion on Central Park South, and never has there been more interest!,” Jim adds. 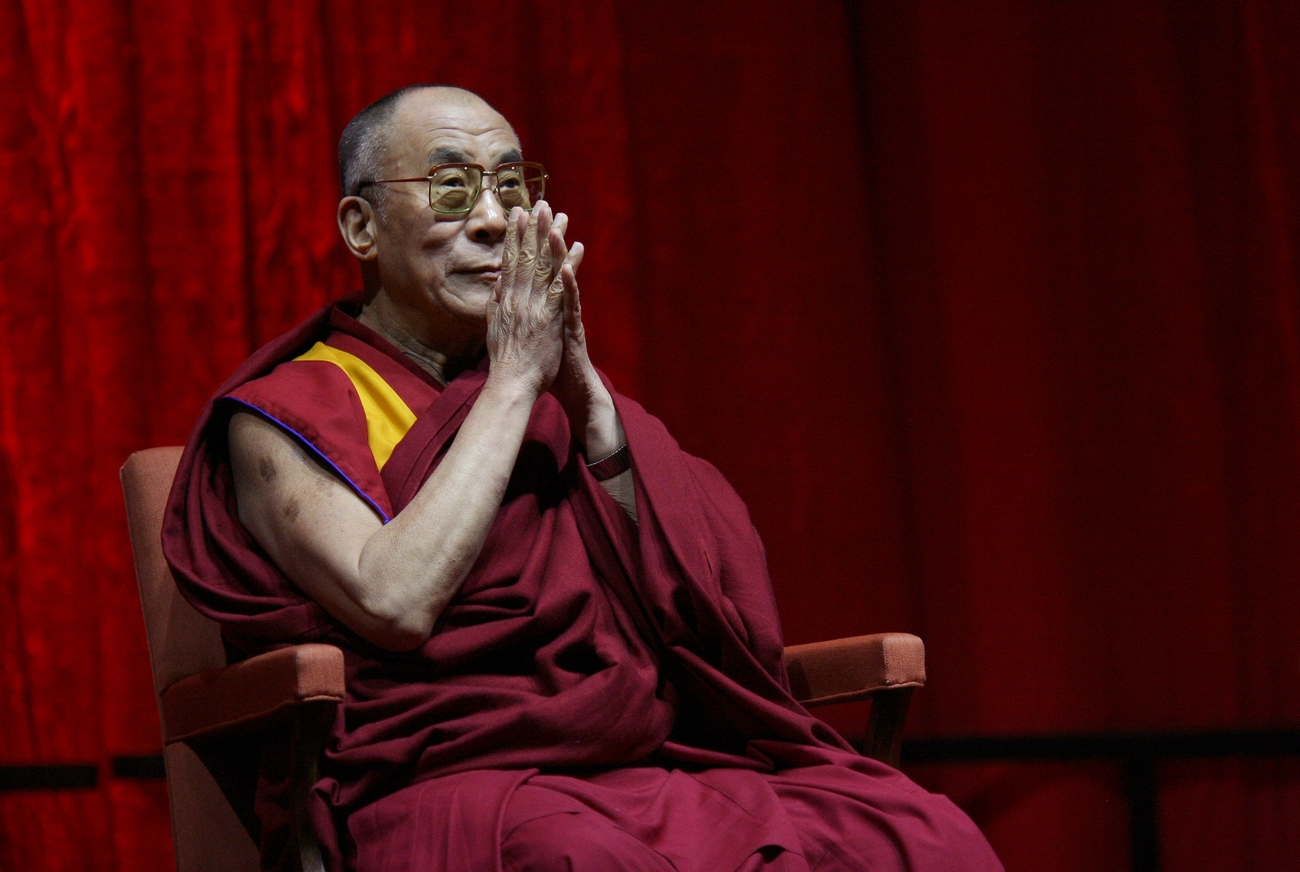 The 14th Dalai Lama, Tenzin Gyatso in Antwerpen, Belgium 2006. Photo: Wiki Commons/Yancho Sabev.
Every year in July since his 80th birthday in 2015, New Yorkers have come together to celebrate H.H. the Dalai Lama’s birthday. The Gaia Holistic Foundation, The Tibet Fund, and Orphans International Worldwide host this celebration for world peace each year at the J.W. Marriott Hotel, Essex House, New York City.
“This year is the sixtieth anniversary of His Holiness the Dalai Lama coming into exile in India and the West, therefore we will hold special panel discussion, followed by a cocktail reception, elegant dinner, interfaith prayer from clergy of major religions, followed by an exciting flag ceremony of all nations for world peace,” explains
Lobsang Nyandak, director of The Tibet Fund. 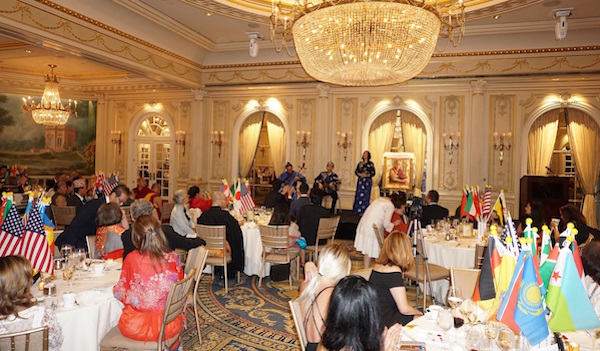 Dalai Lama 82nd birthday celebration at Essex House in New York City, 2017. PRNewsfoto/Gaia Holistic Foundation.
“This annual event is to celebrate the life-long accomplishment of His Holiness who works tirelessly for world peace through Compassion,” Dr. Kazuko Tatsumura-Hillyer says. “Last year’s birthday celebration for His Holiness was a beautiful and joyous occasion celebrating Humanity involving over 180 countries.”
As there are celebrations throughout the world, His Holiness the Dalai Lama will not be in attendance. 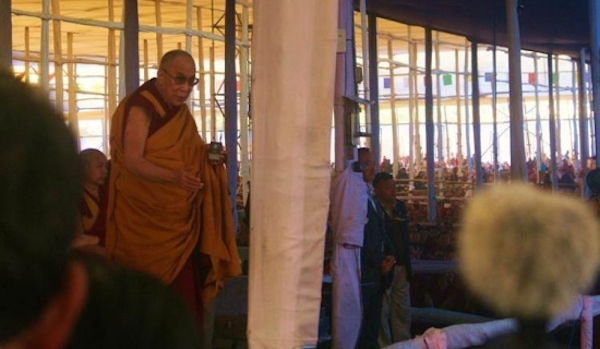 The Dalia Lama presents his teachings at the Kalachakra in Bodh Gaya, India. Photo: Jim Luce/Stewardship Report.
The Event is not a fundraiser but rather a gathering of compassionate people in celebration of the lifework of His Holiness worldwide. This elegant event is a platform for all who respect the Dalai Lama and his life work.
“We gather and send together the energy of compassion to the world,” explains Dr.Kazuko Tatsumura-Hillyer. “Our vision is to unite all those who support His Holiness in a display of love and harmony, uplifting of Humanity.” 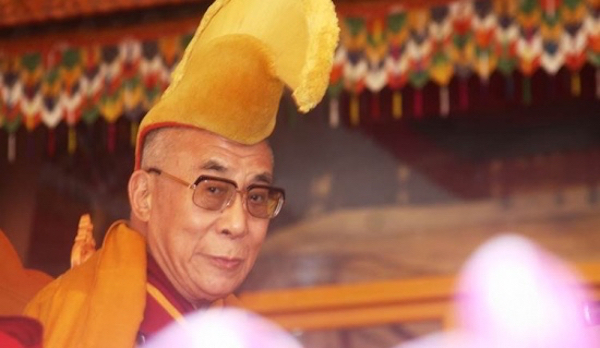 His Holiness presiding over the Kalachakra ritual in Bodh Gaya, India. Photo: Jim Luce/Stewardship Report.
According to Dr. Kazuko Tatsumura-Hillyer, “Because Tibet has no country nor embassy, a group of ordinary New Yorkers and Tibetans started to gather on the birthday of His Holiness and celebrate his life to convey his most important teaching: Compassion. To introduce the idea of ‘World Peace through Compassion’ to the nations of the world and to people who are suffering.”
Highlights of last two year’s events may be seen here:
· https://youtu.be/OKs5eCE8ErQ
· https://youtu.be/67Mkh5VZVKo
Dr. Kazuko Tatsumura-Hillyer states,
Compassion means understanding of others and all sentient beings. We celebrate with those who sympathize with this and wish peace for all. Through this kind of caring for others, we can send out energy of collective sympathy throughout the world.
In addition to Tibetan Monks prayer for the Dalai Lama’s long life, major religious groups will also pray for the same meaning in their own words. Christian, Jewish, Moslem, Buddhist, native Tribes, and Hindu practitioners will join with us.
In this troubled world especially with so many thousands of displaced refugees, we need to send out the energy of caring for others and pray for the elimination of suffering. This is so appropriate to do this together on His Holiness’ Birthday. 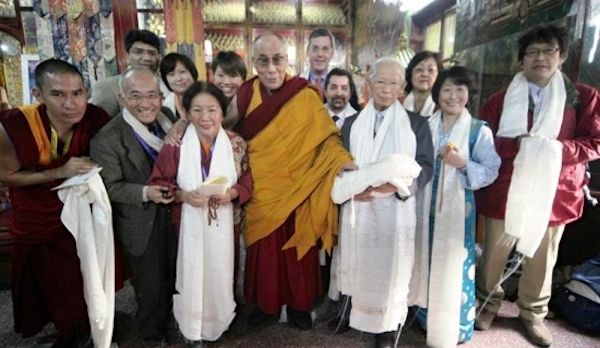 Dr. Kazuko Tatsumura-Hillyer, Jim Luce and others with His Holiness the Dalai Lama in India. Photo courtesy of Yoshimitsu Nagasaka.
The event is co-sponsored each year by Gaia Holistic Foundation, The Tibet Fund, and Orphans International Worldwide and endorsed by many NGOs.
Gaia Holistic Foundation | Dr. Kazuko Tatsumura-Hillyer, Founder & Director
Gaia Holistic strives for the betterment and the happiness of all sentient beings on this planet, constantly working toward dispelling of suffering through various programs building orphanages throughout the world including Manjushree in Himalayas & others and Holistic Medical therapy called Onnetsu Therapy, using unique patented method. Facebook.
Tibet Fund | Lobsang Nyandak, President
The Tibet Fund’s mission is to preserve the distinct cultural and national identity of the Tibetan people. They promote self-reliance and help sustain the cohesiveness of the exile community. In Tibet, their support is directed to orphanages, eye care and other health programs and educational projects that aid impoverished and marginalized Tibetans. Facebook.
Orphans International Worldwide | Jim Luce, President
The Mission of Orphans International Worldwide, Inc. has worked to support orphaned children in Africa, Asia, and the Americas since its founding in 1999, including Manjushree Orphanage for Tibetan Children in the Himalayan mountains of India. Facebook.
DETAILS & RESERVATIONS
84th Birthday of H.H. the Dalai Lama
Tuesday, July 9th 6:00 pm to 9:00 pm
The J.W. Marriott Essex House
160 Central Park South, New York City
Presentation, Elegant Dinner, and Flag Ceremony $180. For tickets, call (212) 799-9711
Media Contact: Kazuko Tatsumura-Hillyer, 212-799-9711; Kazuko@gaiaholistic.com