Esther was born and raised in Madrid, Spain. Her first contact with dancing was at the age of 8 when she joined a competition figure skating team.

You are here: Home / Good News To Go / Esther was born and raised in Madrid, Spain. Her first contact with dancing was at the age of 8 when she joined a competition figure skating team. 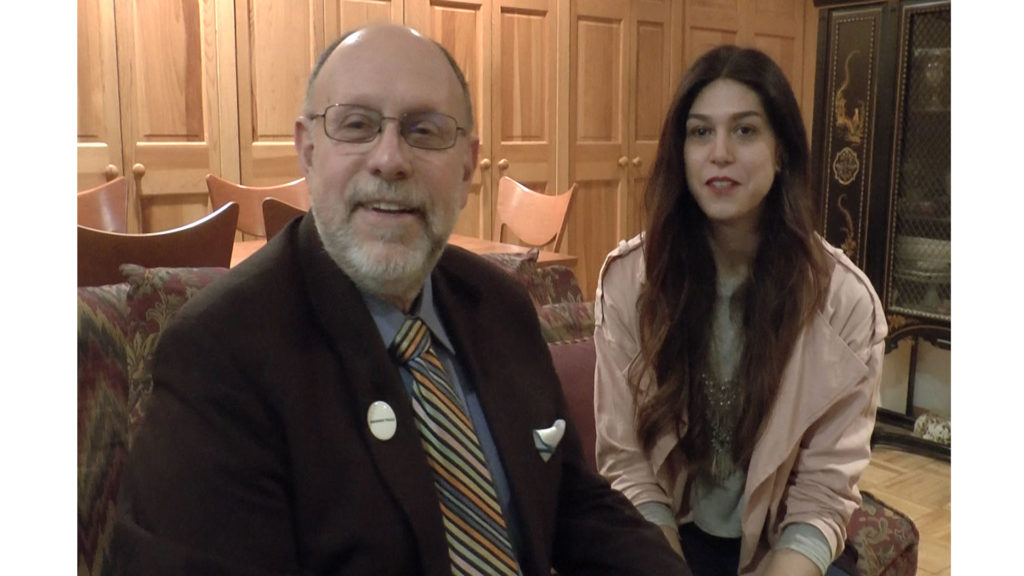 Esther was born and raised in Madrid, Spain. Her first contact with dancing was at the age of 8 when she joined a competition figure skating team. She competed and performed all around Spain in shows such as Mamma Mia on ice with Champions on ice, and Aladdin with Circo Americano en Las Ventas (Madrid). At the age of 16, Esther decided to focus solely on dance. She joined Acro Dance Company based in Madrid and kept dacing with Circo Americano. She moved to New York city to keep improving herself. Esther began working for different
choreographers and shows as a freelance dancer performing all over
the tri-state area and Pensilvannia in theatres and venues such as the Cutting Room, Broad Street Ballroom, Melrose Ballroom, Dixon Place, the Warsaw Theatre and the Trocadero Theatre. She joined the Vanessa Long Dance Company in 2014 as a dancer and has since been promoted to Rehearsal Director in 2016. She has also choreographed 2 pieces for Vanessa Long Dance company that have been performed in plenty of venues in Manhattan and PA. Her last piece called: “All that Glitters is not gold” is about social class, power, wealth and poverty and how these issues can define who we are and our future without having a choice.

Choreographing is her passion. She believes that a strong ballet technique combined with movement quality from other styles plus drawing with their bodies every note of the music will make an outstanding piece, without neglecting the performer expressivity which is as important as technique. “We, dancers, are storytellers, our face is as important”

Esther has been trained in several disciplines making her a versatile dancer so when it comes to choreographing, she fuses different styles such as ballet – flamenco, contemporary – hip hop, adding notes of salsa, wacking, locking… Her latest projects include choreographing the Off-off Broadway show “Woof Woof” with Director Leonard Peters and music by Bob Goldstone, co-choreographing a stage piece for A World Without Rape and . She is also currently the Co- Artistic Director for Long 2, a pre-professional company run by the Vanessa Long Dance Company. She is choreographing “GO” the new Ty Blue’s single music video that will be released in June and working on a documental movie called “Sole Survivor” directed by Celia Novis, a very well known Spanish Scriptwriter, filmmaker and journalist, that works in Spain, Mexico and EEUU.

Her most recent performance was at the cutting Room, a beautiful evening of live Spanish music played by Vidak Radonjic and Bilgehan Turcer. She is focusing on more projects with the two guitarist s and she is also creating a new piece for Next season for Vanessa Long dance company that will be about women’s right and cultural aspects that surround the women world.

What Does Peace mean to Acharya Shunya?
Next Post: Headed North, Sandhill Cranes Squeeze In Where They Can