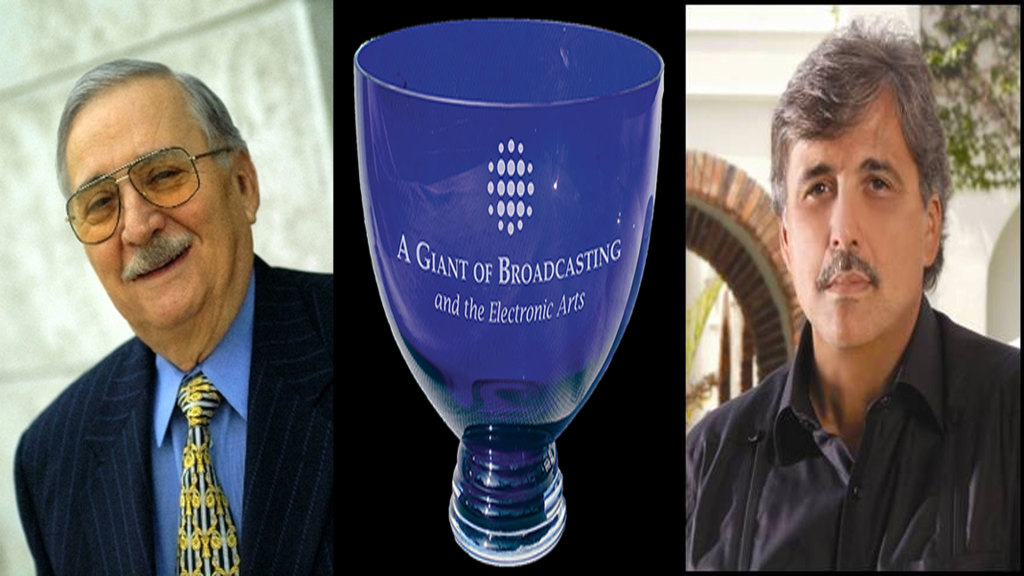 The Giants of Broadcasting & Electronic Arts has its 12th anniversary awards luncheon and ceremony in New York’s Gotham Hall on October 16, 2014. Noted actress
Sigourney Weaver will return from work on her most recent movie in England to present a remembrance of her late father, the distinguished mid-20th-century network executive
Sylvester L. (Pat) Weaver Jr., and Virginia Forwood Pate Wetter will be celebrated as a veteran of small town radio and one of an elite group of women who pioneered in the management ranks of what had long been almost exclusively a man’s world.

The announcement of Mrs. Wetter’s election to the prestigious honors event rounds out a roster that now includes the famed talk and game show host Regis Philbin, such eminent entrepreneurs as David Barrett of Hearst Television, Peter Smyth of Greater Media and Pablo Raul Alarcon Sr. and Raul Alarcon Jr. of the Spanish Broadcasting System, the veteran all-network programming standout Fred Silverman, journalists Chuck Scarborough of WNBC-TV New York and Judy Woodruff and Gwen Ifill of the PBS NewsHour. The event will be climaxed by a tribute to Pat Weaver, who as president and chairman of NBC became one of television’s and radio’s most iconic figures from the past, and whose influence continues to this day. Sigourney Weaver’s career includes roles as Ellen Ripley in the “Alien” film series, Dana Barrett in Ghostbusters and Ghostbusters II and Dian Fossey in Gorillas in the Mist. She recently starred in USA Network’s miniseries Political Animals.

The Giants of Broadcasting & Electronic Arts awards program was created in 2003 by the Library of American Broadcasting to identify and recognize distinguished excellence and performance in radio, conventional television, cable TV, the internet and prospectively the social media, as well as those in associated fields. Its honor roll comprises an historic “A-list” of individuals and programs that with the addition of 2014 honorees will number 182.

The full story of the Giants is recommended reading at giantsofbroadcasting.com.

THE LIBRARY OF AMERICAN BROADCASTING (LAB) — located at the University of Maryland — is in its 43rd year of serving as the national information resource for the radio and television industries and the academic communities that rely upon it for depth and expertise. Its collections of historic documents, professional papers, oral and video histories, books and photographs are among the nation’s most extensive. LAB is evolving from a conventional library into a “homepage” for the world at large, no longer confined to responding to constituents one at a time but reaching thousands simultaneously through the Internet. Industry outreach includes lectures, symposia, print and the broadcast media themselves.

Water is the sustenance of life.
Next Post: JEWISH MUSEUM EXHIBIT: HELENA RUBINSTEIN “BEAUTY IS POWER”