You are here: Home / All We Need Is Love / Good Samaritans / Gordon Parks Foundation 10 Anniversary event. Good News, along with Lucia Kaiser attend. 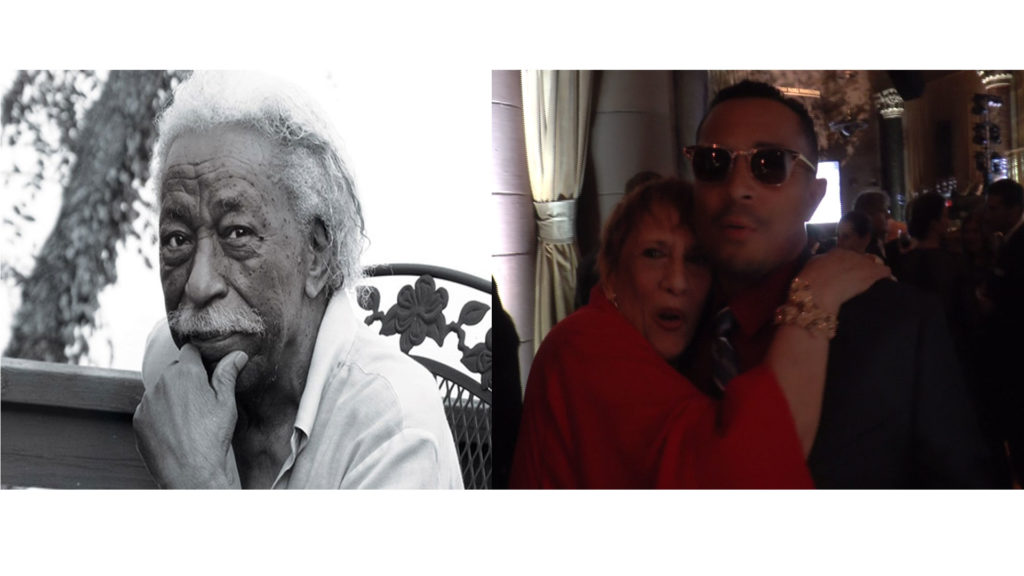 Our guest host Lucia Kaiser was longtime friend with Mr. Parks and was his 90th Birthday date, not to mention her body being on the back cover of his last book. All Good!. She meets his Grandson and soon we will have many wonderful interviews to share with you.

Photo: Joe Schildhorn /BFA.com
Although noteworthy African-American Renaissance man Gordon Parks passed away in 2006 at the age of 93, his creative and philanthropic legacy persists. Perhaps the fact that Parks was at various times throughout his life a photojournalist, musician, writer, and film director is what resonates with such a wide cross section of the creative class. Supporters in attendance at the 10th annual Gordon Parks Foundation Awards Dinner at Cipriani 42nd Street last night included Swizz Beatz, Usher, Victor Cruz, and 1990’s MTV icon Fab Five Freddy. And if Karl Lagerfeld lends his name to your event’s host committee every year—despite not always attending—the cause must have a certain degree of gravitas. In his absence, however, Lagerfeld did donate for the evening’s auction a trip to Chanel’s Spring/Summer 2017 show and private tour of Coco Chanel’s Rue Cambon apartment. That lot alone brought in $16,000 for an arts education scholarship.

This year’s honorees were Bryan Stevenson (founder of the Equal Justice Initiative), photographer LaToya Ruby Frazier, Janelle Monáe, and Public School’s Maxwell Osborne and Dao-Yi Chow. Leonard and Judy Glickman Lauder received the Patron of the Arts award. “It’s such a joy to be honored tonight, and almost undeserved,” Osborne said. “Gordon Parks did so much with his mediums and his works. But for me and Dao-Yi tonight, we haven’t quite achieved that level—yet. But it makes us want to work that much harder. It’s hard to change the world!”

After the ceremony, we caught up with the foundation’s executive director, Peter Kunhardt, Jr., about what makes Gordon Parks so perennially important to New York’s creative communities. “We’re in a time when the country is having so many issues not only politically but also with discrimination and race and gender and identity,” he said. “We’re an organization that’s about celebrating arts and creativity, looking at these issues through Mr. Parks’s photographs. But the point isn’t just to honor Gordon Parks’s legacy, but to inspire the next generation of artists.”

Twenty-one scholarships were given out last night, but in the middle of the program, Usher and Swizz Beatz interrupted the live auction to announce that they had decided to give 27 more.