You are here: Home / All We Need Is Love / Iris Apfel, 97, signs with IMG Models

Our Good News Friend, Errol Rappaport, shares his happiness for his long time friend. ” I am so happy and thrilled for @IrisBApfel to be signed up with IMG models – especially at 97. What a Life. What a great friend to my mother and I. God Bless.” 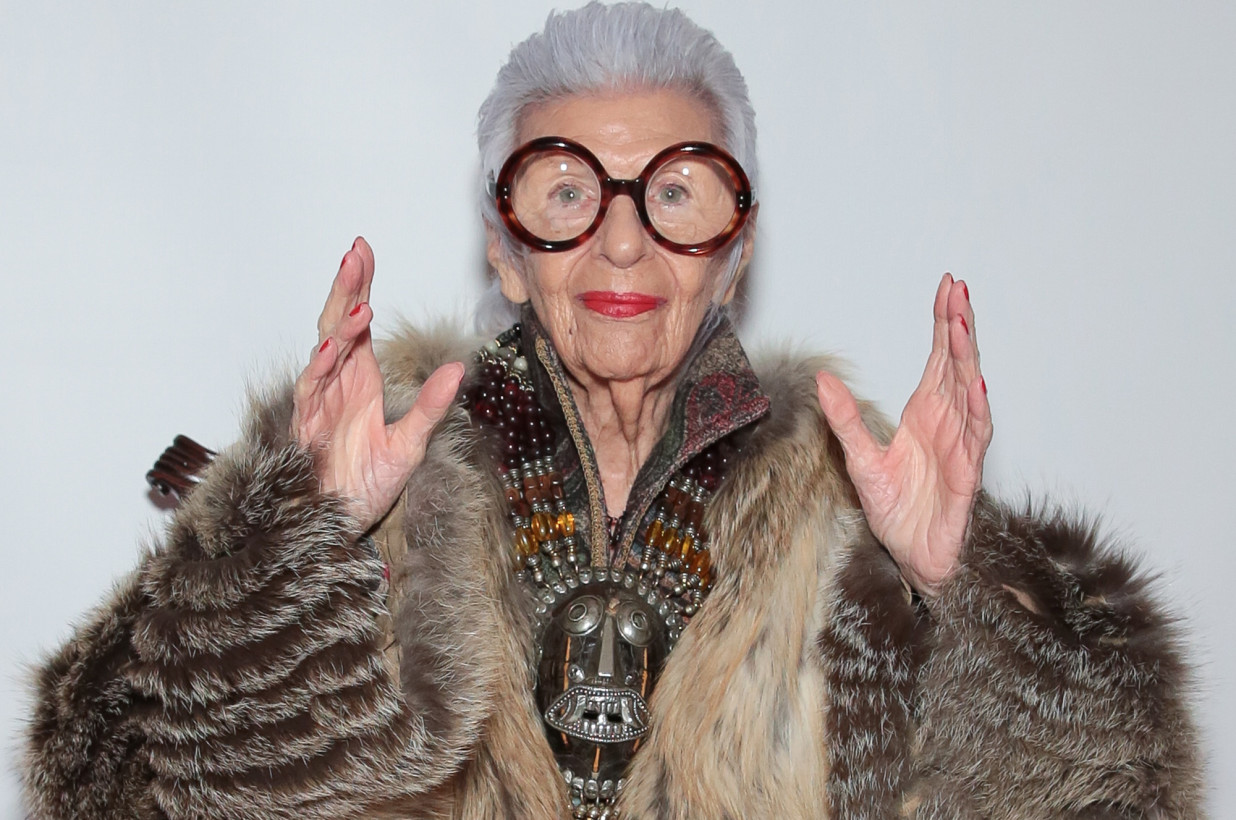 [/tag/iris-apfel]Iris Apfel, 97, has become an accidental fashion icon over the past decade, and now she’s a certified model.

On Thursday, it was announced that Apfel has signed with IMG for worldwide representation for modeling, appearances and endorsements.

“I’m very excited. I never had a proper agent,” Apfel told Women’s Wear Daily. “I’m a do-it-yourself girl. I never expected my life would take this turn so I never prepared for it.”

It never occurred to her, as she nears 100 years old, that she might need help booking her own schedule — until a famous friend advised that Apfel should consider outsourcing.

“It all just happened so suddenly, and I thought at my tender age, I’m not going to set up offices and get involved with all kinds of things. I thought it was a flash in the pan, and it’s not going to last,” she said. “Somehow, people found me. People would just call. Tommy Hilfiger said that was no way to do it, and he put us together. I’m very excited and very grateful,” Apfel said.

But while Apfel is now represented by the same agency as Gigi Hadid, Ashley Graham and nearly every Victoria’s Secret model, she has no plans to hit the runway: When asked what types of projects she’s looking for, Apfel quipped, “I don’t know. Just stick around.”