Lakers legend Kobe Bryant and his 13-year-old daughter, Gianna, were among nine people killed in the helicopter crash

You are here: Home / Arts & Leisure / Sports / Lakers legend Kobe Bryant and his 13-year-old daughter, Gianna, were among nine people killed in the helicopter crash 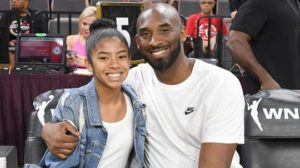 Welcome to a somber Monday in sports. By now, you’ve heard that Lakers legend Kobe Bryant died in a helicopter crash in California on Sunday. Bryant and his 13-year-old daughter, Gianna, were among nine people killed in the crash as they were reportedly on their way to participate in travel basketball when the helicopter went down.
Kobe was 41 years old.
Here’s what we know right now:
The crash happened just before 10 a.m.
Nine confirmed deaths and no survivors
A brush fire caused by the crash prevented first responders from immediately getting to the site
An investigation of the crash is ongoing
Kobe was unquestionably one of the best players and biggest icons that the NBA has ever seen. He was also a complicated person who had a past that included a troubling allegation of sexual assault in 2003 (criminal charges were never filed and a civil case was settled out of court).
But regardless of your feelings toward Bryant, the fact remains that Sunday was one of the most tragic days that the sports world has seen in quite some time.
It’s a day that I’ll remember — at least in small, painful snippets — for a long time. I feel as though I’m always going to remember exactly where I was when I slid open the lock on my phone to find out that Kobe had died. I feel like I’m always going to remember how difficult that was to believe. And, most unfortunately, I feel like I’m always going to remember how much sadder the story got as the day(s) went on.
‌
What you need to know
1. Remembering Kobe
For a little while after the news broke, there was a sort of numbness. Kobe was a basketball legend, but he also had a larger-than-life persona. He seemed immortal, and it felt like he was going to be around basketball for a long, long time to come. It felt like an incredible second act was inevitable, partly because Kobe would refuse to accept anything less. 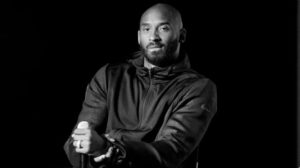 The emotional weight really started to set in once the tributes and the remembrances started pouring in. There was never really a doubt, but Bryant’s enormous impact became evident as figures in the sports world and beyond expressed their grief over the loss.
“I loved Kobe — he was like a little brother to me. We used to talk often, and I will miss those conversations very much. He was a fierce competitor, one of the greats of the game and a creative force.” -Michael Jordan
“This is hitting me really hard. I will always remember coming home after games so I could watch you dominate in the fourth quarter! You inspired so many around the world, including me.” -Dirk Nowitzki
“Kobe was a legend on the court and just getting started in what would have been just as meaningful a second act. To lose Gianna is even more heartbreaking to us as parents.” -Barack Obama
“People don’t know this, but he was my secret coach. He pushed me and motivated me, especially toward the end of my career when I needed him most.” – Alex Rodriguez
Kobe’s passing seemed to hit especially hard for those in the Lakers organization, where he spent his entire 20-year NBA career.
“I love him, his family and what he stood for on the court and off the court… the game of basketball & our city will never be the same without Kobe.” -Magic Johnson
“Most people will remember Kobe as the magnificent athlete who inspired a whole generation of basketball players. But I will always remember him as a man who was much more than an athlete.” -Kareem Abdul-Jabbar
“Kobe was so much more than an athlete, he was a family man. That was what we had most in common. I would hug his children like they were my own and he would embrace my kids like they were his.” -Shaquille O’Neal
Between the emotional messages and the photos/videos shared — especially those with both Kobe and Gianna — it was a really, really sad and painful day to get through.
2. Other tributes to Bryant’s legacy
Sunday’s tributes to Kobe went beyond just messages on Twitter. No matter where you turned your attention, Bryant’s presence was felt. There were a number of other ways that the basketball icon was remembered after his passing. 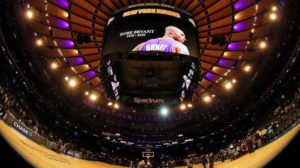 Lakers fans started a memorial outside of Staples Center on Sunday afternoon
Trae Young ditched his usual No. 11 and wore a No. 8 jersey to begin Sunday’s Hawks game
Several NBA teams voluntarily took 24-second shot clock violations and eight-second backcourt violations as a way to honor Bryant’s jersey numbers
NFL players delivered tributes to Bryant during Sunday’s Pro Bowl, including celebrations mimicking his trademark shooting form
Multiple artists, including Alicia Keys and Boyz II Men, paid tribute to Kobe at Sunday night’s Grammy Awards
Our NBA columnist Bill Reiter penned a pretty moving piece that reflects on Kobe’s legacy not only as a dominant basketball player but, more importantly, as a loving father to Gianna and his three surviving daughters:
“Kobe Bryant was a changed man, as we all are, in the love he had for his children,” wrote Reiter. “It added to the complications and the nuances that made him — and make him, still — the most beloved sports figure in Los Angeles history. It adds to the heartache and horror of what has happened.
“To say Kobe Bryant is just a single thing is to miss the 50 others that shaped him. He was all of them — the father, the husband, the star, all the complications and warts and greatness wrapped together. But fatherhood framed something about him that, while probably always there, cast his greatness and impact into a different, deeper light.”
3. Loss beyond Kobe
While we all grieve the loss of one of the NBA’s most iconic superstars, it’s important to remember that he was just one of nine people to perish on Sunday. The loss of Gianna Bryant, 13, with all of her potential and promise, is also gut-wrenching. We’ll never know the athlete and person she could have grown into, or the future generations of girls she could have inspired.
And then there’s Vanessa Bryant, who isn’t among the deceased but simultaneously becomes a widow, a grieving mother to a young child and a lone parent to three others. And those three girls simultaneously lose a father and a sister. It’s just absolutely brutal. There’s no other way to put it.

But the Bryant family isn’t the only one coping with loss following the crash, and we should all make sure to take time to think of each and every one of the nine victims, as well as those close to them.
John Altobelli, the head baseball coach at junior college powerhouse Orange Coast College, was also on board with his wife, Keri, and their daughter, Alyssa.
Girls’ basketball coach Christina Mauser died in the crash as well
Three other victims have yet to be identified
Chief medical examiner said the official identifications could take days
Aaron Judge, Scott Kingery, Michael Lorenzen and Jeff McNeil are among the current MLB players who played under Altobelli when he managed the Brewster Whitecaps in the Cape Cod League from 2012-2014. On Sunday, McNeil credited Altobelli as one of the biggest reasons he’s still playing professional baseball.
“Tough to hear the news of coach Altobelli,” tweeted McNeil. “One of my favorite coaches I have ever played for and one of the main reasons I got a chance to play professional baseball. Both the baseball and basketball world lost a great one today.”

Watch Shikira at the Super Bowl 02/02/2020 & singing Imagine at the UN for UNICEF.
Next Post: Thought of the Day