MISS FANNY TANG TO DEBUT AT THE INTERNATIONAL DEBUTANTE BALL

You are here: Home / Communities / African / MISS FANNY TANG TO DEBUT AT THE INTERNATIONAL DEBUTANTE BALL 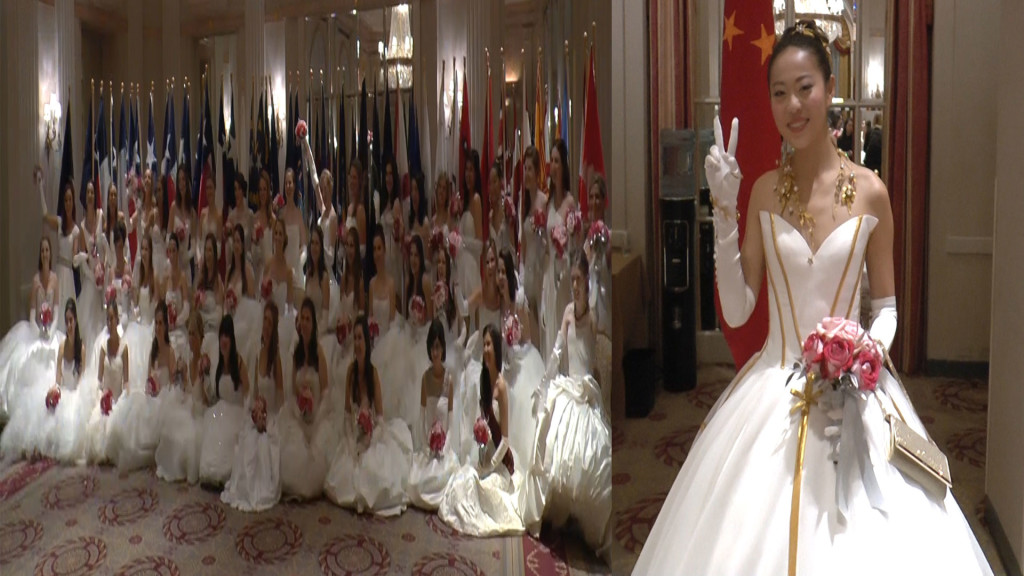 Miss Fanny Tang, daughter of Mr. and Mrs. Weixing Tang will make her debut at The 60th International Debutante Ball on Monday, December 29th, 2014, in the Grand Ballroom of the Waldorf Astoria in New York City.

Fanny attends the University of Lausanne’s Faculty of Biology and Medicine in Switzerland. She plays the piano, and loves music, writing, art and sports.

Miss Fanny Tang’s father, Weixing Tang, is the President of the China Sales Group LTD. Her mother, Honglin Zhang, is the President of CAASC Europe.
For her debut, Miss Fanny Tang has chose to wear a strapless gown designed by Guo Pei, one of the most renowned designers in China. The dress features gold accents, including golden flowers embellished with Swarovski crystals.
The International Debutante Ball, founded in 1954, is considered one of the most prestigious debutante presentations. Young women of distinction from all over the country and around the globe are brought together at the ball and the surrounding parties with daughters of Diplomats, titled Europeans, Ambassadors, Governors and Presidents of the United States. Over the years, the ball has benefited numerous charities through the International Debutante Ball Foundation, including one of its major beneficiaries, the Soldiers’, Sailors’, Marines’, Coast Guard and Airmen’s Club of New York, which provides a home away from home for the men and women of our Armed Services.

Forty-six women of distinction from the United States and abroad made their bows to society at the 60th Anniversary of the International Debutante Ball. The debutantes represented Austria, China, England, Hong Kong, Scotland, Spain, Switzerland, Ukraine and twelve American states. Each debutante was accompanied by her own escort in white tie and tails, and a military cadet who carried the flag of the country or state which she represented. This year there were five sets of sisters.

Sponsored by Piaget, and The Muriel McBrien Kauffman Foundation the Ball benefits go to The International Debutante Ball Foundation which supports numerous charities. The primary charity is The Soldiers’, Sailors’, Marines’, Coast Guard and Airmen’s Club, a home away from home for the military and their families. Partial support will go to the American Ballet Theater, Friends of Versailles and the American Theater Wing among others.