You are here: Home / Good News To Go / Olympia Dukakis 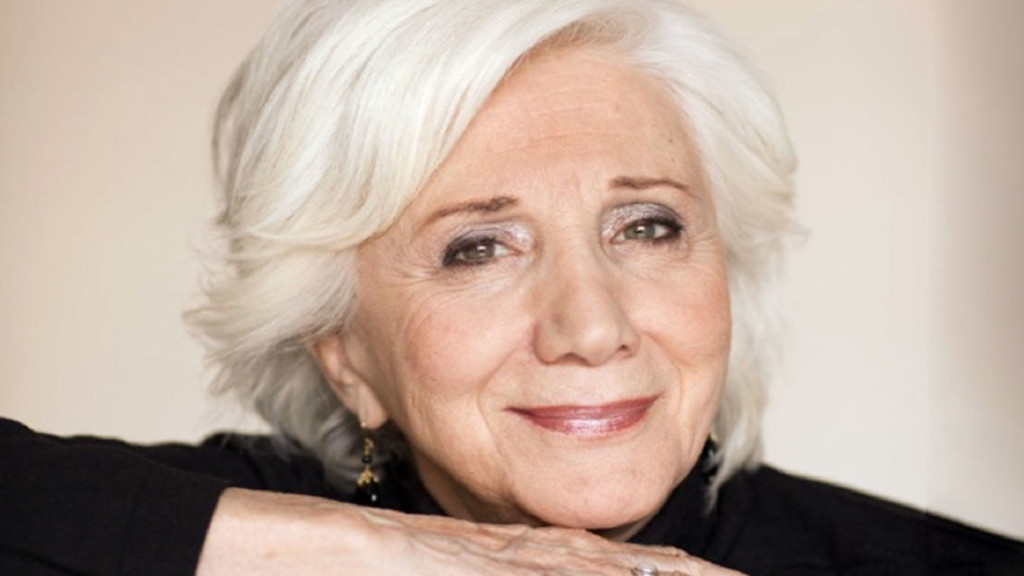 The Association of Greek American Professional Women (A.G.A.P.W.)  Conversation with Women Leaders Series featuring Actress Olympia Dukakis and Film Director Stavroula Toska- World Bar Trump Tower, April 22nd www.agapw.org. Good News recorded the whole interview with Olympia and will broadcast it as a SPECIAL WOMAN’S BROADCAST;   she is  brilliant and all about Good News and being there for others.  She is all about living Peacefully and working hard.  We LOVED the conversation.

The Association of Greek American Professional Women (A.G.A.P.W.) is a 501(c)(3) charitable and educational organization under Section 402 of the Non-for-Profit Corporation Law of the State of New York. The organization was founded in New York City in March of 2010 and is run on a pro bono basis. Forging collaboration and establishing partnerships with other organizations inside and outside the Greek-American community, its mission is to promote community and leadership building among Greek-American women.

Olympia Dukakis (born June 20, 1931) is a Greek-American actress. In 1987, she won an Academy Award, a Golden Globe and a BAFTA nomination for her performance in Moonstruck. She received another Golden Globe nomination for Sinatra, and Emmy nominations for Lucky Day, More Tales of the City and Joan of Arc.

Dukakis was born in Lowell, Massachusetts, the daughter of Alexandra (née Christos) and Constantine S. Dukakis. Her parents were Greek immigrants to the United States, her father from Anatolia and her mother from the Peloponnese.[1][2] She has a brother, Apollo, and is a cousin of Michael Dukakis, a former governor of Massachusetts and the Democratic nominee for president in 1988, for whom she was a delegate from New Jersey at the 1988 Democratic National Convention. She is an alumna of Arlington High School in Arlington, Massachusetts, and was educated at Boston University.

Dukakis has been married to actor Louis Zorich since 1962. They have three children.

Olympia Dukakis in the Emmy Awards in 1998

Dukakis has held a lengthy career in a diverse range of films, including Steel Magnolias, Mr. Holland’s Opus, Jane Austen’s Mafia!, The Thing About My Folks, and Moonstruck, for which she won an Oscar for Best Supporting Actress. She also played the role of Anna Madrigal in the Tales of the City television mini-series, which garnered her an Emmy Award nomination, and appeared on Search for Tomorrow as Dr. Barbara Moreno, who romanced Stu Bergman. She appears as Dolly Sinatra (Frank’s mother) in the mini-series of Frank Sinatra’s life (1992). Her Broadway theatre credits include Who’s Who in Hell, Social Security, and the one-woman play Rose. Her theater, film, and television work has also won her an Obie Award, a Drama Desk Award, a Los Angeles Drama Critics Circle Award, and a Golden Globe.

Olympia Dukakis at Malaparte for “Norman Jewison and Friends with Moonstruck”.

Dukakis won Academy Award and a Golden Globe for Moonstruck and was nominated for the Canadian Academy Award for The Event. She provided the voice of Grandpa’s love interest for The Simpsons episode “The Old Man and the Key”. In 2003, Dukakis published her national bestselling autobiography Ask Me Again Tomorrow: A Life in Progress. Recent films include 3 Needles, The Librarian: Return to King Solomon’s Mines, In the Land of Women, and Away From Her, the 2006 film which cast her alongside Gordon Pinsent as the spouses of two Alzheimers patients.

In 1998, she starred as Charlotte Kiszko in the British TV drama A Life for a Life (ITV), based on the real-life story of Stefan Kiszko, a man wrongfully imprisoned for seventeen years for the murder of a child, Lesley Molseed, after police suppressed evidence of his innocence.

In the 2008 season of Hartford Stage, Dukakis starred in the revival of Tennessee Williams’ The Milk Train Doesn’t Stop Here Anymore, opposite Kevin Anderson.

In 2008, Dukakis also co-adapted and starred in the world-premiere of Another Side of the Island, based on Shakespeare’s The Tempest, at Alpine Theatre Project in Whitefish, Montana.

She starred in and executive-produced the 2009 film Montana Amazon, co-starring Haley Joel Osment.

On May 24, 2013 she was honored with the 2,498th star on the Hollywood Walk of Fame located at 6233 Hollywood Boulevard, in the category of Live Theater.

AGAPW’s specific charitable and educational purposes shall be to:

Offer educational activities that will develop and expand the opportunities among Greek American women for acquiring the knowledge and skills needed for professional development, leadership in the workforce and social empowerment. The Corporation will offer forums, discussions, workshops, seminars, lectures, panels, conferences and symposia in areas such as career development, professional and business planning, investing, finance, technical skills, communication and network building, including:

Lectures and seminars promoting education on various fields, such as small businesses, education, media, public affairs, science, and the arts

Conferences, forums and symposia which will offer a thorough and comprehensive examination and in-depth understanding of employment and career-related topics and opportunities important to improving the professional lives and hence the quality of lives of Greek American women

Serve as a source of referrals for internships available in various sectors of the economy including business, government and educational institutions

AGAPW meets the needs of communication and support among Greek American women, who together work to improve the quality of their lives, families, and communities in the U.S., Greece and other areas of the world.

Please visit them  at www.agapw.org, on Facebook, and LinkedIn

Special Thanks to Gloria Cressler for inviting Good News to attend.