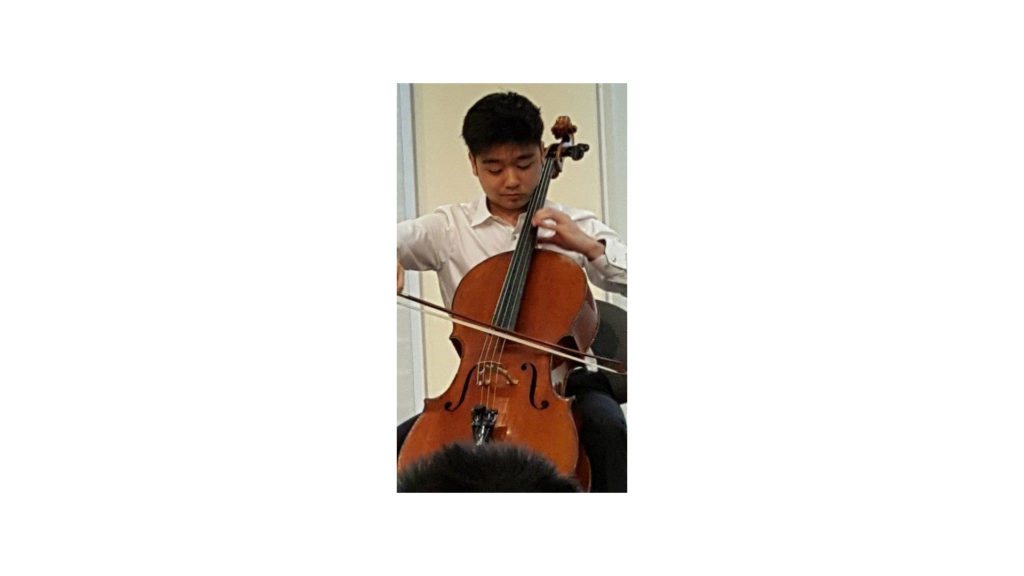 Franz Schubert’s March Militaire played by Violinist Suliman Tekalli was beautiful. Mr. Tekalli’s career spans a wide range of activities from concerto soloist to chamber musician. He was top prize winner at the Seoul International Music Competition in Korea as well as first prize winner in the Blount National String Competitions. He began his studies in violin at the age of three in his native state of Florida and went on to attend the Julliard School, Cleveland Institute of Music, Yale School of Music and Schwob School of Music. Mr. Tekalli actively transcribes and arranges the violin, piano and mixed ensembles as well as composing original works for the standard violin concerto repertoire. He has arranged ensembles with the Sejong Soloists and is heading a recording project in the Spring 2016 for an orchestration of Ravel’s 2nd Violin Sonata for violin and orchestra, as well as an operatic fantasy on Engelbert Humperdinck’s “Hansel and Gretel.”

Suliman Tekalli and Violist Jung Yeon Kim held a Duo for Violin and Viola by Wolfgang Amadeus Mozart. Ms. Kim began playing the violin when she was eight and was accepted to the Julliard School Pre-College Division at the age of fourteen. She received her bachelor’s degree in violinist and later switched to viola at Julliard where she received her master’s degree. As a chamber musician Ms. Kim performed at the Aspen Music Festival, Carnegie Hall, Alice Tully Hall and the French Alliance in New York City. She received the Honors Ensemble Award at the New England Conservator as a member of the Hudson String Quartet and has also collaborated with artists in other fields, including performing with the well-known dancers of the Korean traditional ensemble and has collaborated with Alice Walker, author of “The Color Purple”.

Let’s all pray that this upcoming Memorial Day, will be our last.
Next Post: AMERICAN CANCER SOCIETY