Snow, Love and Citizenship in Brooklyn

You are here: Home / Good News To Go / Snow, Love and Citizenship in Brooklyn

U.S. Citizenship and Immigration Services (USCIS) presented 212 candidates for naturalization to the U.S. District Court for the Eastern District of New York on February 14th, Valentine’s Day.  Among those becoming new U.S. citizens were 5 married couples, all from Brooklyn or Staten Island.  The couples, originally from Sri Lanka, Albania, Poland, Pakistan and Egypt, braved the aftermath of a huge snowstorm in New York to be able to attend the ceremony. Along with the married couples, active duty Army National Guard member Steves Vanderpool was also sworn in as a new U.S. citizen. The Honorable Nicholas G. Garaufis, United States District Judge, administered the oath of allegiance to America’s newest citizens at the court in Brooklyn on  Feb. 14th. 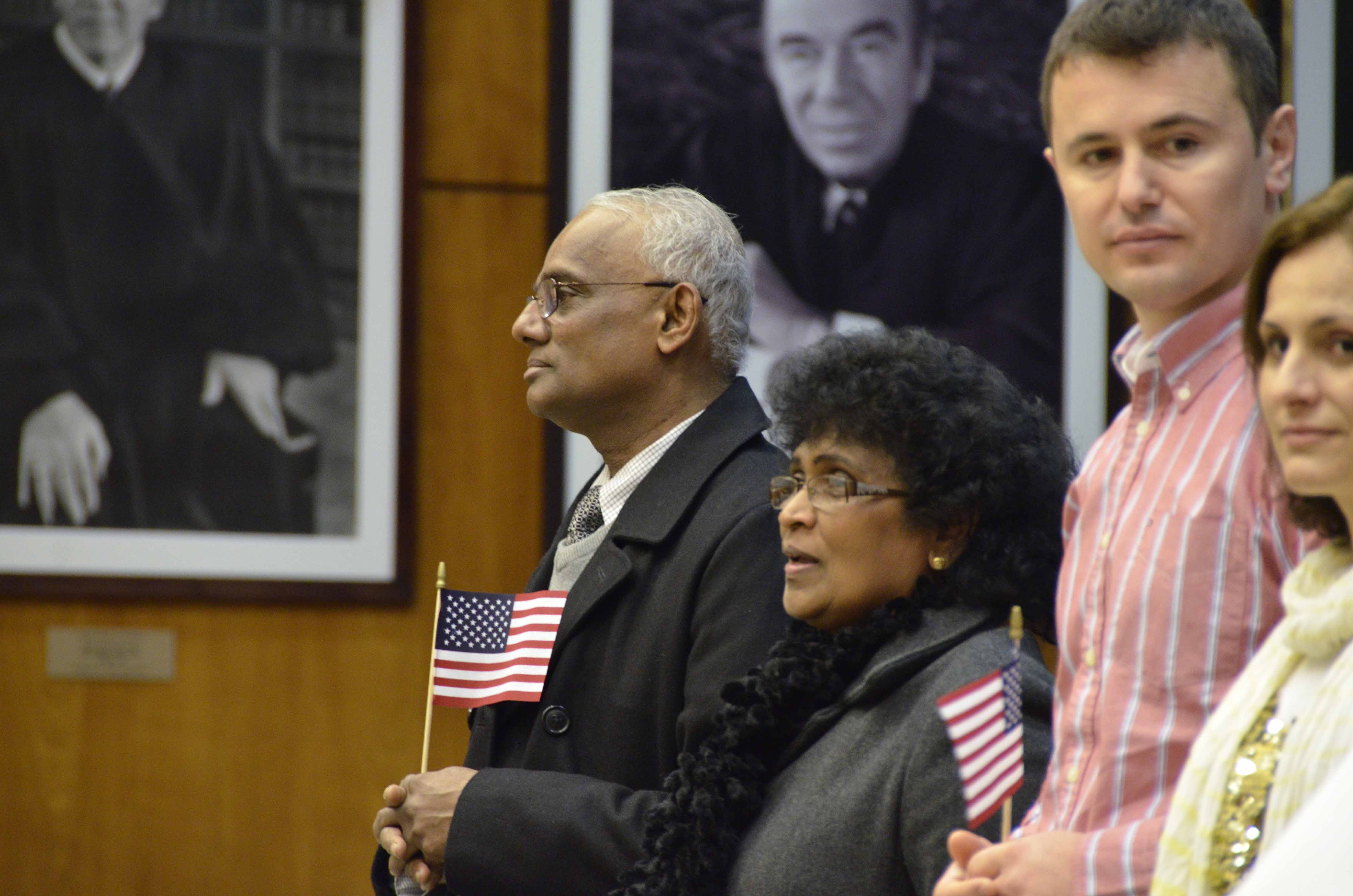 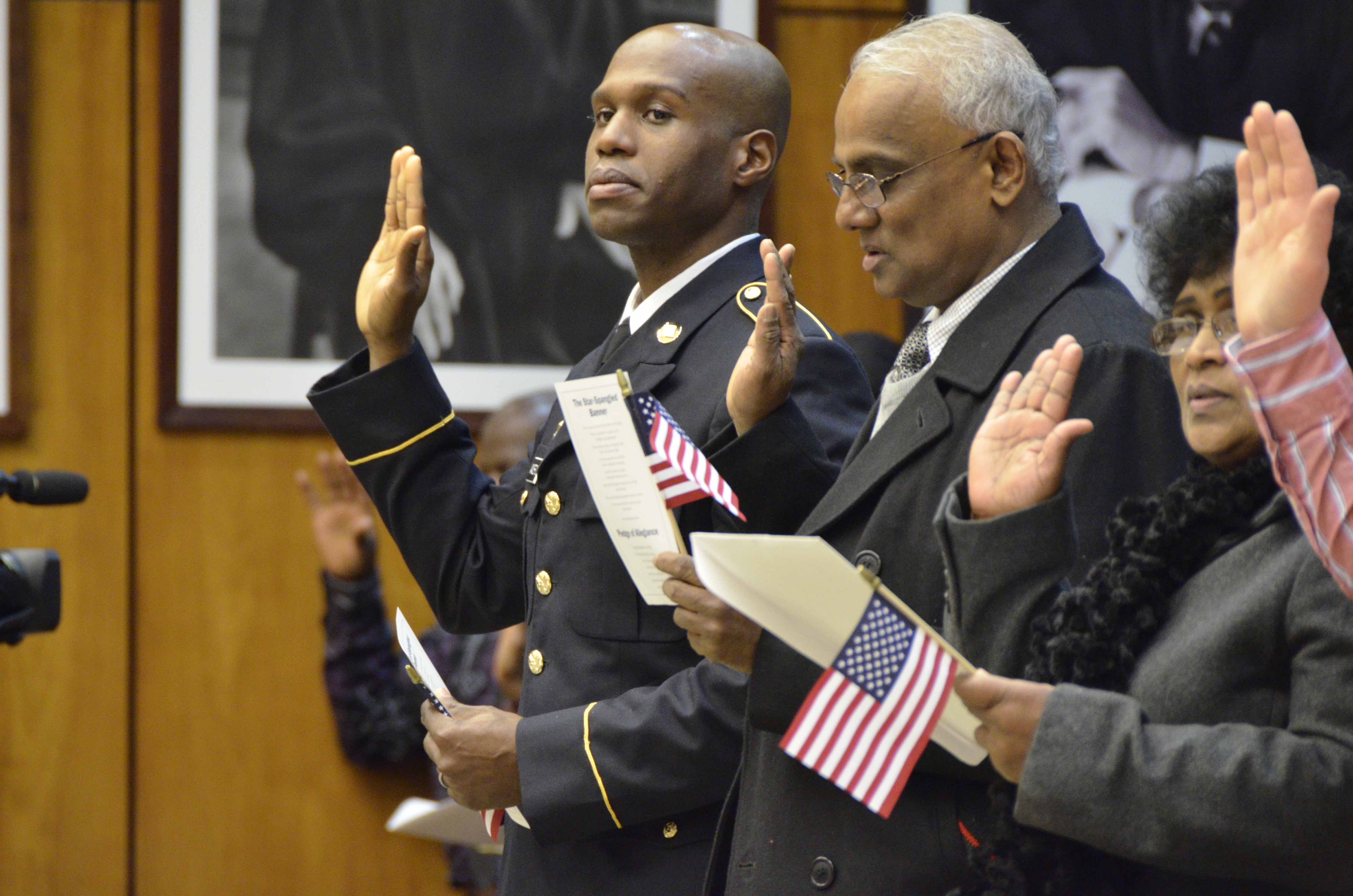 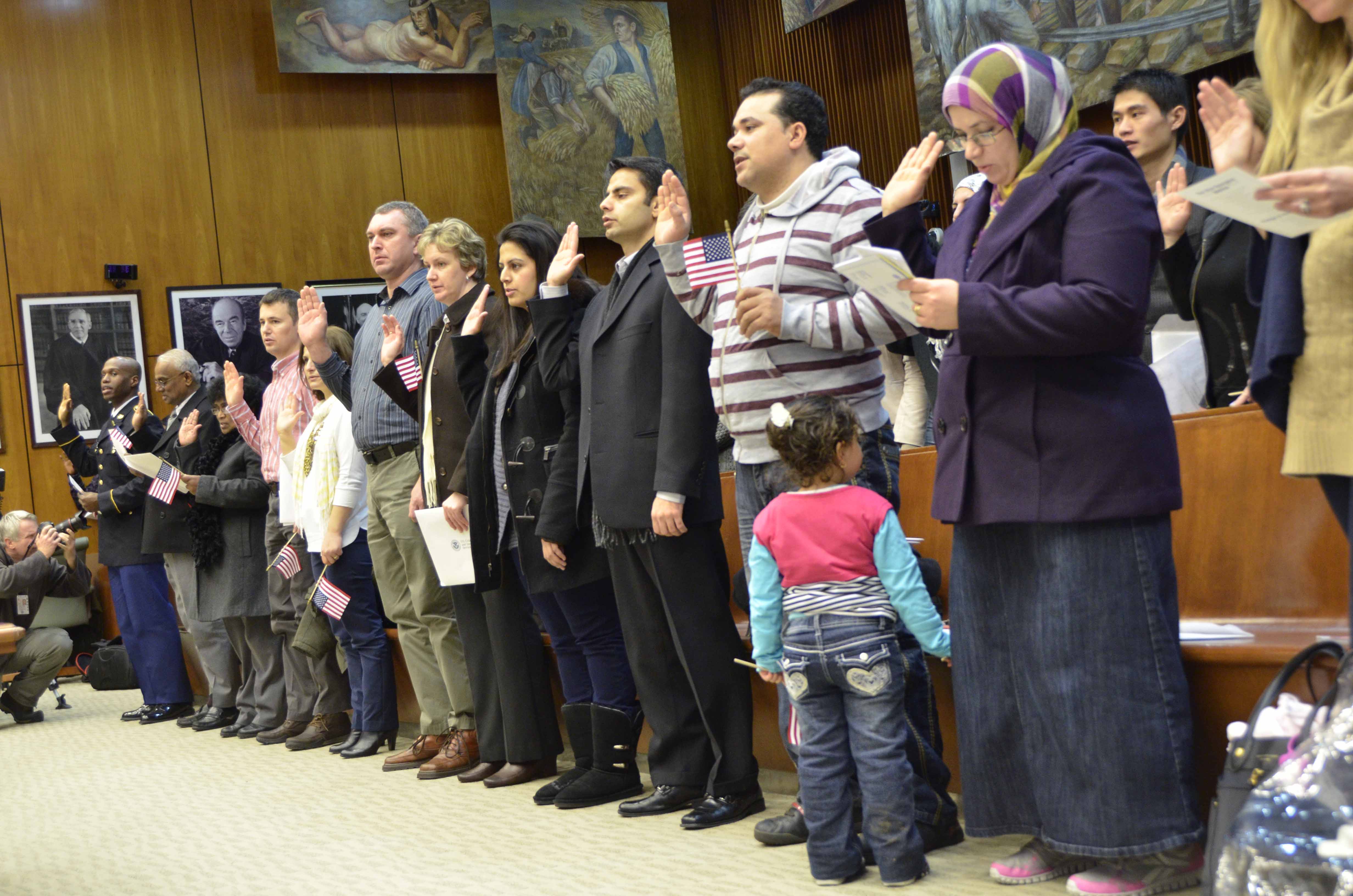 Vikas Khanna Launches New Book “Return To The Rivers” in NYC on Jan. 28
Next Post: Patient compares care at Mount Sinai Roosevelt to “the Ritz Carlton”