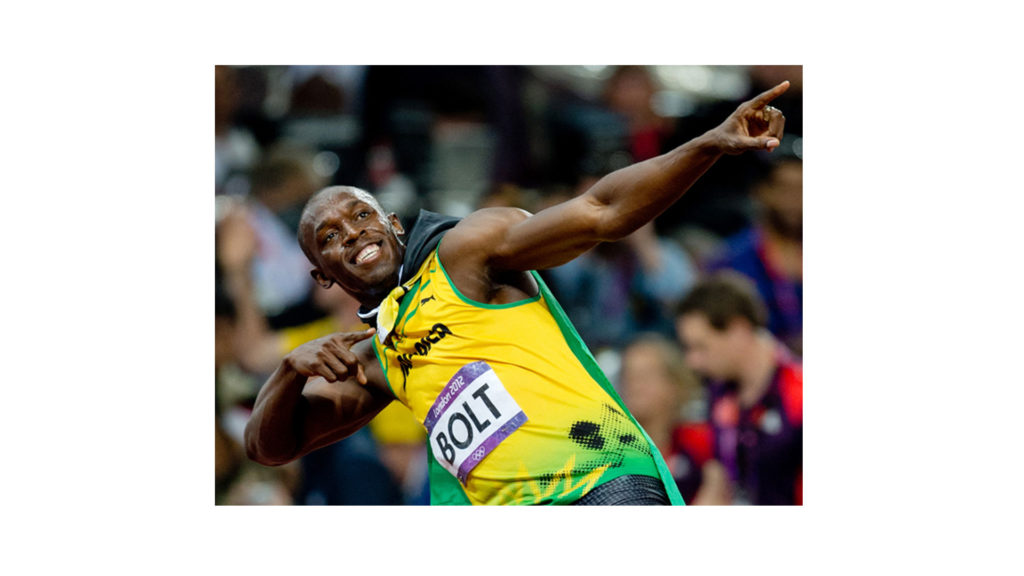 Fastest Man in the World!!
Usain St. Leo Bolt, OJ, CD (/ˈjuːseɪn/; born 21 August 1986), is a Jamaican sprinter. Regarded as the fastest person ever timed, he is the first man to hold both the 100 metres and 200 metres world records since fully automatic time became mandatory. He also holds the world record in the 4 × 100 metres relay. He is the reigning World and Olympic champion in these three events.

Bolt gained worldwide popularity for his double sprint victory at the 2008 Beijing Olympics in world record times. He later became the first man at the Olympic Games to win six gold medals for sprinting. He was the first to win consecutive Olympic 100 m and 200 m titles (2008 and 2012). At the 2016 Summer Olympics he became the first track athlete in Olympic history to win three gold medals in one discipline, with his win in the 100 m sprint.

His achievements in sprinting have earned him the media nickname “Lightning Bolt”, and his awards include the IAAF World Athlete of the Year, Track & Field Athlete of the Year, and Laureus World Sportsman of the Year (three times). He is the highest paid athlete ever in track and field. Bolt has stated that he intends to retire from athletics after the 2017 World Championships.